1. Technion is the name of a prodigious firm in Israel.

2. Teknon is a Koine Greek word meaning “little children,” common in First John.
Yet another Greek similar word of interest is

3. tekton, found in Matthew 13:55 and Mark 6:3
describing the profession of Jesus prior to his entry into his life’s calling at the age of ~30.

My friend Bryce Self sent me the following note on tekton:

“GK ‘tekton’ was much more than just a carpenter.
It was something like we might term a ‘general contractor’ today,
a broader kind of ‘master craftsman' than only being a woodworker
(even one specializing in, say, cabinetry or furniture).

The  word designates a skilled professional workman of proven accomplishment.
These days He would carry a union membership card, in the Middle Ages He would have been a master guildsman.
This is a significant designation for the God of all creation by Whom the Father spoke the worlds into existence!
I’ve often dwelt on what manner of man Joseph must have been,
to be entrusted with fostering the Only Begotten Son!” (Bryce Self)

Stages of Growth "in Christ"

Jesus used small children to shape up His disciples when they got carried away with enthusiasm about their prospective careers in following Him. They had each followed Jesus when He called them, though they did not necessarily know one another. Skeptical, but willing to follow Him, they were amazed at His teaching and lifestyle. What’s in this for me?

At that time the disciples came to Jesus, saying, “Who then is greatest in the kingdom of heaven?” 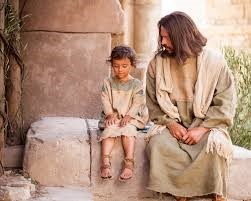 “But whoever causes one of these little ones who believe in Me to sin, it would be better for him if a millstone were hung around his neck, and he were drowned in the depth of the sea. Woe to the world because of offenses! For offenses must come, but woe to that man by whom the offense comes!

“Take heed that you do not despise one of these little ones, for I say to you that in heaven their angels always see the face of My Father who is in heaven. For the Son of Man has come to save that which was lost.”

Compare Mark’s gospel: “Then they brought little children to Him, that He might touch them; but the disciples rebuked those who brought them. But when Jesus saw it, He was greatly displeased and said to them, “Let the little children come to Me, and do not forbid them; for of such is the kingdom of God. Assuredly, I say to you, whoever does not receive the kingdom of God as a little child will by no means enter it.” And He took them up in His arms, laid His hands on them, and blessed them.” (Mark 10:13-16)

The mother of James and John called Jesus aside on the Jericho road to Jerusalem to seek special favor from Him when we finally arrived in office: 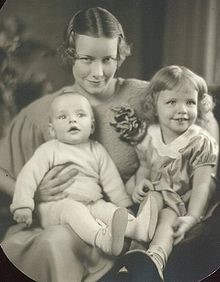 Now Jesus, going up to Jerusalem, took the twelve disciples aside on the road and said to them, “Behold, we are going up to Jerusalem, and the Son of Man will be betrayed to the chief priests and to the scribes; and they will condemn Him to death, and deliver Him to the Gentiles to mock and to scourge and to crucify. And the third day He will rise again.”

Then the mother of Zebedee’s sons came to Him with her sons, kneeling down and asking something from Him.

And He said to her, “What do you wish?”
She said to Him, “Grant that these two sons of mine may sit, one on Your right hand and the other on the left, in Your kingdom.”

But Jesus answered and said, “You do not know what you ask. Are you able to drink the cup that I am about to drink, and be baptized with the baptism that I am baptized with?”They said to Him, “We are able.”

So He said to them, “You will indeed drink My cup, and be baptized with the baptism that I am baptized with; but to sit on My right hand and on My left is not Mine to give, but it is for those for whom it is prepared by My Father.”

And when the ten heard it, they were greatly displeased with the two brothers.

But Jesus called them to Himself and said, “You know that the rulers of the Gentiles lord it over them, and those who are great exercise authority over them. Yet it shall not be so among you; but whoever desires to become great among you, let him be your servant. And whoever desires to be first among you, let him be your slave— just as the Son of Man did not come to be served, but to serve, and to give His life a ransom for many.” (Matthew 18:1-11) 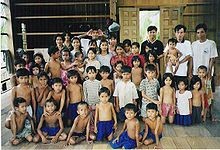 Children delighted in Jesus when he stopped the temple circus the second time after His final arrival in Jerusalem a bit later:

Then Jesus went into the temple of God and drove out all those who bought and sold in the temple, and overturned the tables of the money changers and the seats of those who sold doves. And He said to them, “It is written, My house shall be called a house of prayer,’ but you have made it a den of thieves.’ ”

Then the blind and the lame came to Him in the temple, and He healed them. But when the chief priests and scribes saw the wonderful things that He did, and the children crying out in the temple and saying, “Hosanna to the Son of David!” they were indignant and said to Him, “Do You hear what these are saying?”

And Jesus said to them, “Yes. Have you never read, Out of the mouth of babes and nursing infants
You have perfected praise’?”

Jesus was not intimated by anyone old or young. He noted that God offended everyone by speaking through his austere cousin John the Baptist while His own life style was more relaxed.

“But to what shall I liken this generation?

It is like children sitting in the marketplaces and calling to their companions, and saying:

For John came neither eating nor drinking, and they say,

The Son of Man came eating and drinking, and they say,

‘Look, a glutton and a winebibber, a friend of tax collectors and sinners!’

For many years now, what Jesus said about the children representing the Kingdom of God, has greatly impacted my entire life. It revolutionize how I look at being “in Christ”. Every challenge I have faced and do now face, I look to the wisdom that Jesus showed us through the eyes of children.

Children just trust. They do not know all the evil that is at work. They just believe that the one holding their hand will keep them safe and meet all their needs.

This painting is a prized possession of ours. Not because of physical value, but for what it represents, the eternal work of Salvation Jesus has done for me, mine, ours and anyone who will humble themselves before their Heavenly Father.

Only believe. Trust, implicitly, without wavering.

With the perfect knowledge of having created all things, the incarnated Lord Jesus must have not only uniquely cherished the view through his childhood eyes but retained that knowledge as he mysteriously called the adulterous people of Jerusalem to a kingdom reliant upon rebirth. As this season of Christmas, 2018 years later approaches, we are reminded more than ever to receive the newborn Christ child into our hearts and homes and make it alive to ourselves in new, real and lasting ways. —Jim Hutchison

One of the most gripping life stories I have ever heard was related to me by my friend Corneilous (Neil) Burrow. He and I recorded his search for God a dozen years ago.

Neil is a successful Silicon Valley Certified Professional Engineer. We met when he was a skateboard student at San Jose State University. Go ahead and contact him, and tell him I sent you.

My ancient newsletters and my dozen recent new newsletters are all to be found stored in my dusty old library. Help thyself. Free of course. I answer email myself and value making new friends and affirming invaluable older friendships. Though I am living embedded in Silicon Valley, as far as my outer man is concerned, my income here is low and the cost of living here is astronomical. Therefore your support keeps me functional in this short, mortal coil. “The outer man perishes but the inner man is renewed day by day.” Cash contributions may be sent to me through my PayPal Account http://www.ldolphin.org/donations.html. I am not able to provide a tax-deductible receipt if using PayPal. For a tax deductible receipt, donations should be made by annotated check to: 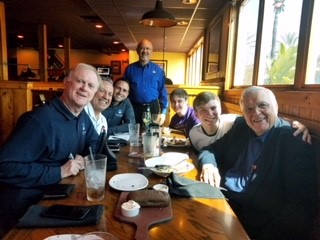 Jesus is a Single Man

The Wife of Jehovah, The Bride of Christ

The Royal Road to Wholeness

Keys to the Song of Solomon

Yin, Yang, the Tao, and Wholeness

Made in the Image of God